Tethys own and use the latest versions of PDI softwares as below list: 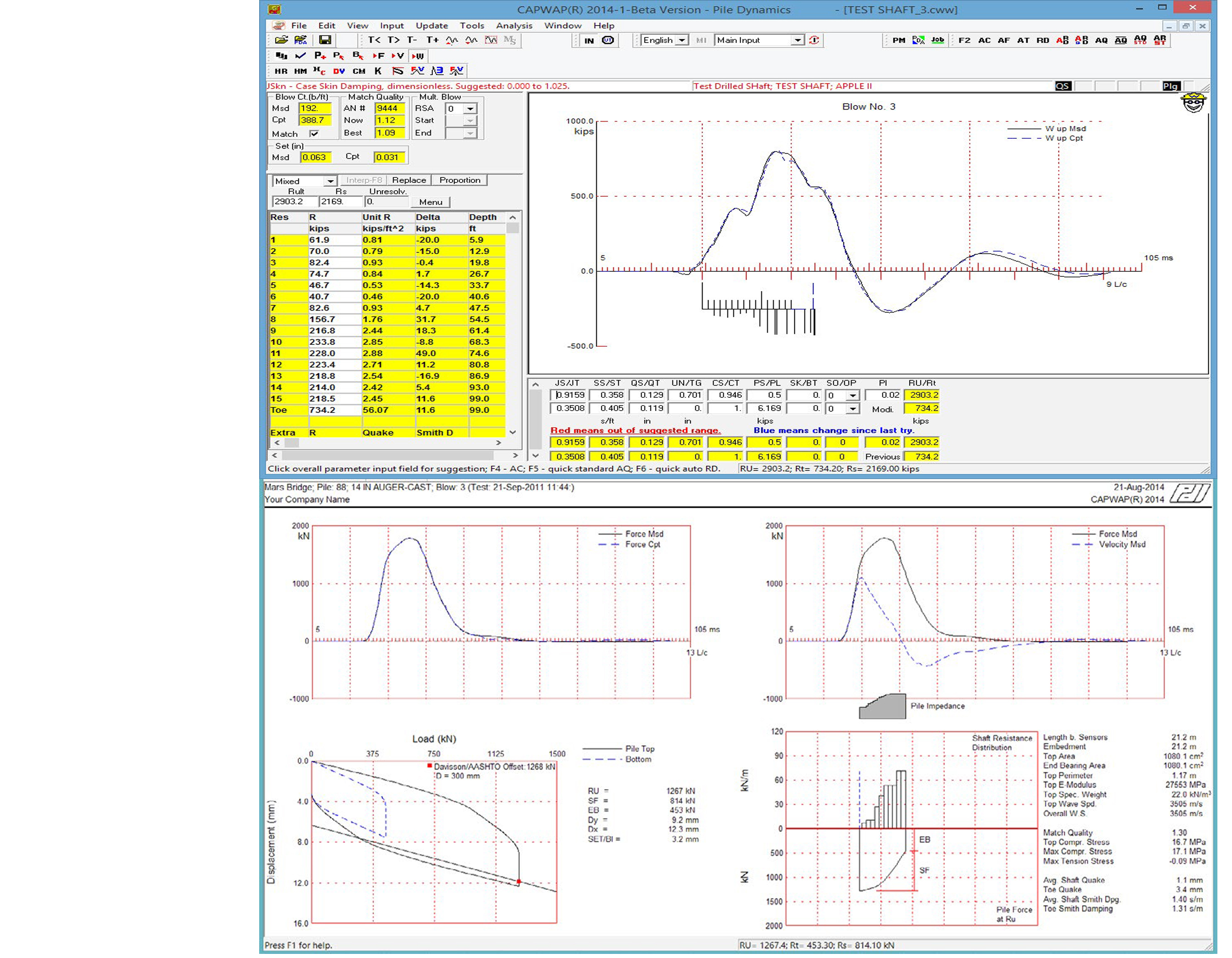 CAPWAP® (Case Pile Wave Analysis Program) is a software program that estimates total bearing capacity of a pile or shaft, as well as resistance distribution along the shaft and at the toe.

The program takes as input the force and velocity data obtained with a Pile Driving Analyzer® (PDA) system. It is essential to post-process PDA data with CAPWAP for at least one foundation element per job. CAPWAP completes the Dynamic Load Testing procedure and simulates a Static Load Test.

CAPWAP 2014 has improved features for the analysis of drilled shafts and other concrete piles, such as variable time increment/wave speed, an automatic routine to calculate variable impedance, and area calculations based on field measurements. The program includes a completely automated mode as well as adjustable parameters with which the user systematically improves the calculated results. CAPWAP works in English, Metric or SI units, and features numerous help features that have been expanded for the 2014 version. A comprehensive report is a new output option. 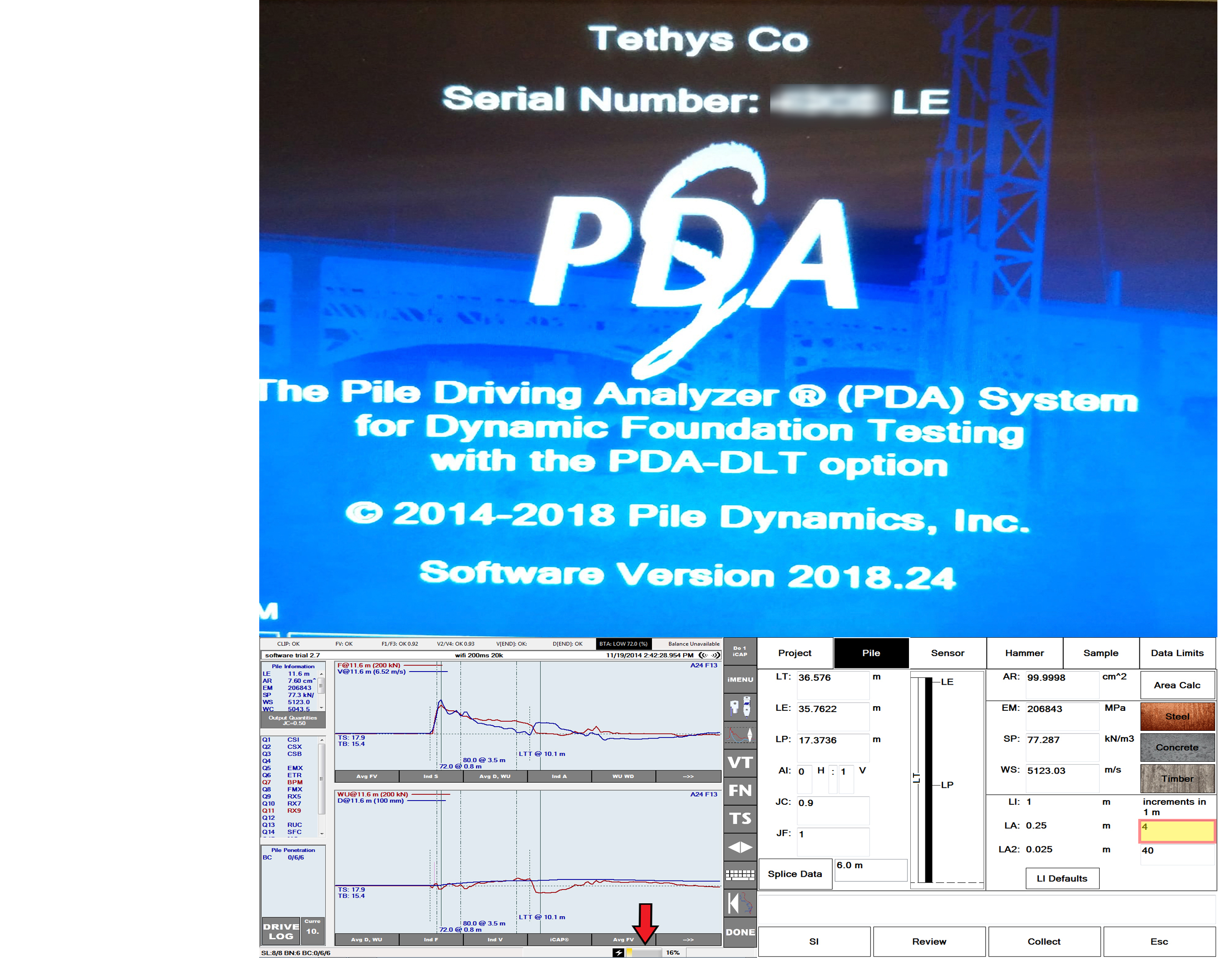 PDA-S offers a more intuitive interface than former PDA programs and allows users to check for program updates. With touchscreen as well as desktop functionality, it runs both in the PDA-8G and in an office computer during post processing. This simplifies the software learning process. In addition to soil resistance at the time of the test, PDA-S calculates more than 230 other variables. PDA-S issues warnings and alerts during data input and acquisition. It outputs fully customized reports and graphs, reporting any number of variables and displaying up to three graphs in real time.

iCAP calculates capacity at the time of testing and produces a simulated static load test graph through a fully automatic signal matching procedure performed during Pile Driving Monitoring. The ICAP routine is easily accessed from the main PDA-S screen. Since iCAP is based on CAPWAP® signal matching logic, it is a step beyond capacity determined by the Case Method. (ICAP, provides a unique result and satisfies code requirements demanding a signal matching analysis. However, the professional engineer, charged with providing due care, must evaluate the automatic solution by reanalysis with CAPWAP.) 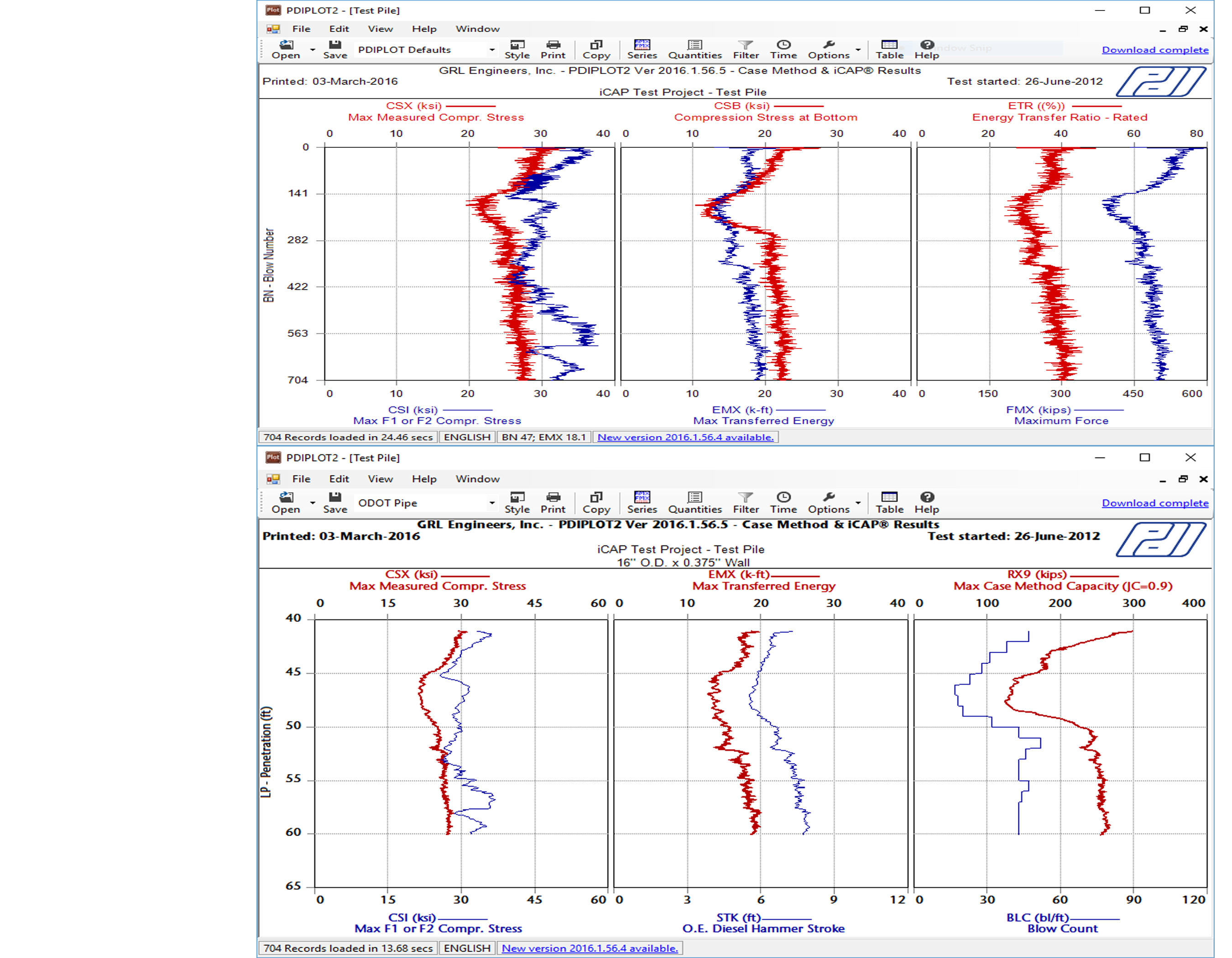 PDIPLOT2 generates tables and plots of any quantity calculated by PDA-S versus Blow Number, Length, Elevation or any other quantity, and calculates their means and standard deviations. It provides the statistical summary output required by ASTM D4945 and is fully customizable.

Generates documents with up to six graphs per page, showing plots of Force-Velocity (required by ASTM D4945) or other quantities versus time, either from the same PDA-S file (for example five blows of a dynamic load test on a drilled shaft) or from multiple ones (one blow from each of five distinct piles on the same job site).

GRLWEAP predicts driving stresses, hammer performance and the relation between pile bearing capacity and net set per blow. In addition, it estimates the total driving time. This pile simulation and analysis allows the user to investigate which hammer is likely to be sufficient and economic for a certain pile and soil condition prior to mobilizing the hammer to the job. 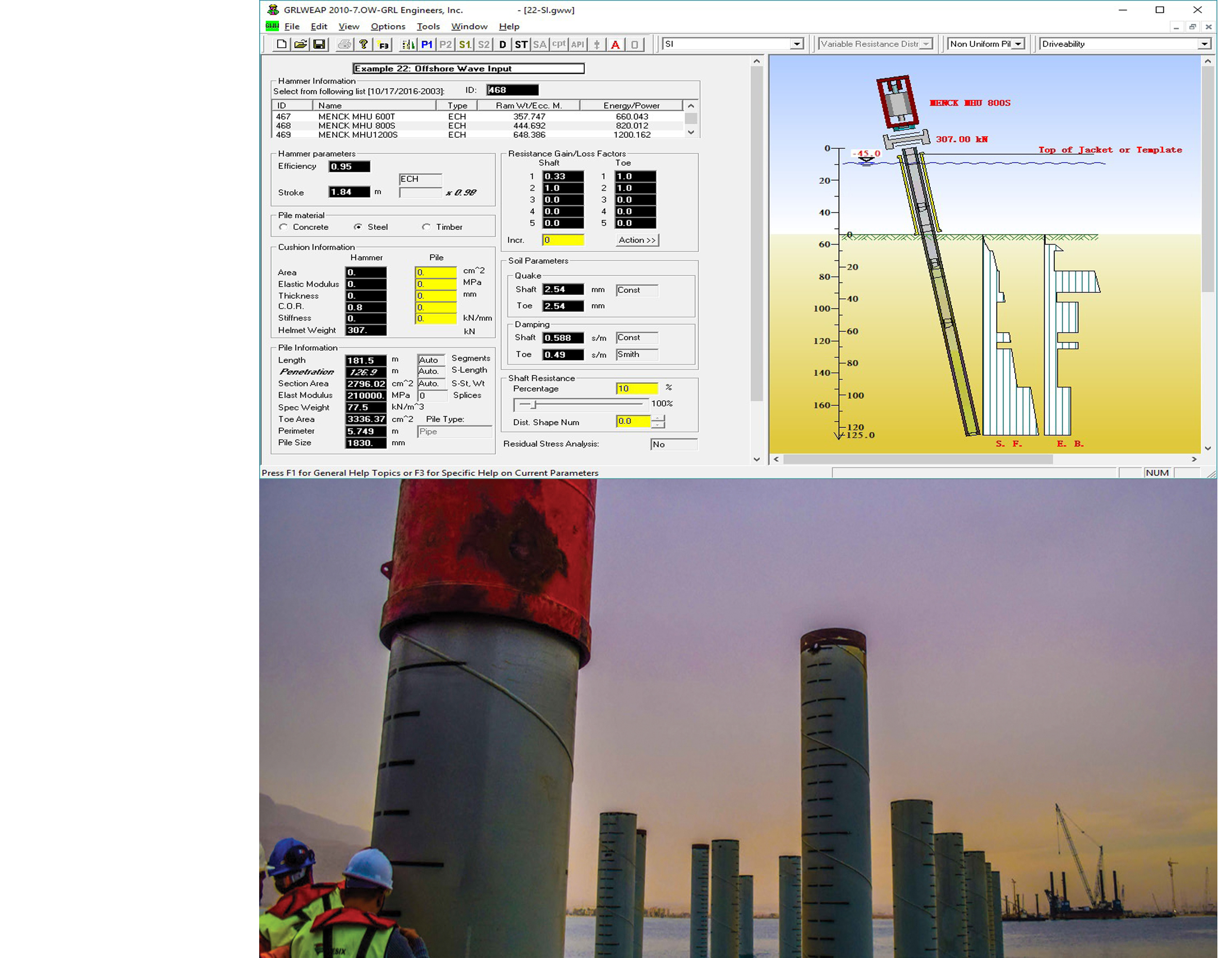 When Wave Equation Analysis is used instead of Dynamic Formulae, several codes and standards of practice allow a leaner foundation design translating to lower factor of safety or higher resistance factor.

Includes drivability analysis, various stroke options for diesel hammers, soil sensitivity analysis, models for parallel or composite piles and four static analysis options. The analysis of battered (driven at an angle) piles has been enhanced in GRLWEAP 2010. When the angle is horizontal, GRLWEAP may be used to simulate the installation of culverts.

For static geotechnical analysis in addition to the ST and SA methods:

- For variable vs. time output, the heading labels have been improved to be more specific and accurate.

- if SI unit system was selected. Output header for variables vs. time was corrupted for

- vibratory analysis ; this has been fixed.

- Driving time was added to the output of the drivability analysis of a vibratory hammer.

- For vibratory hammers, the number of cycles is now calculated for each depth by multiplication of the vibration frequency with the driving time determined for each depth.